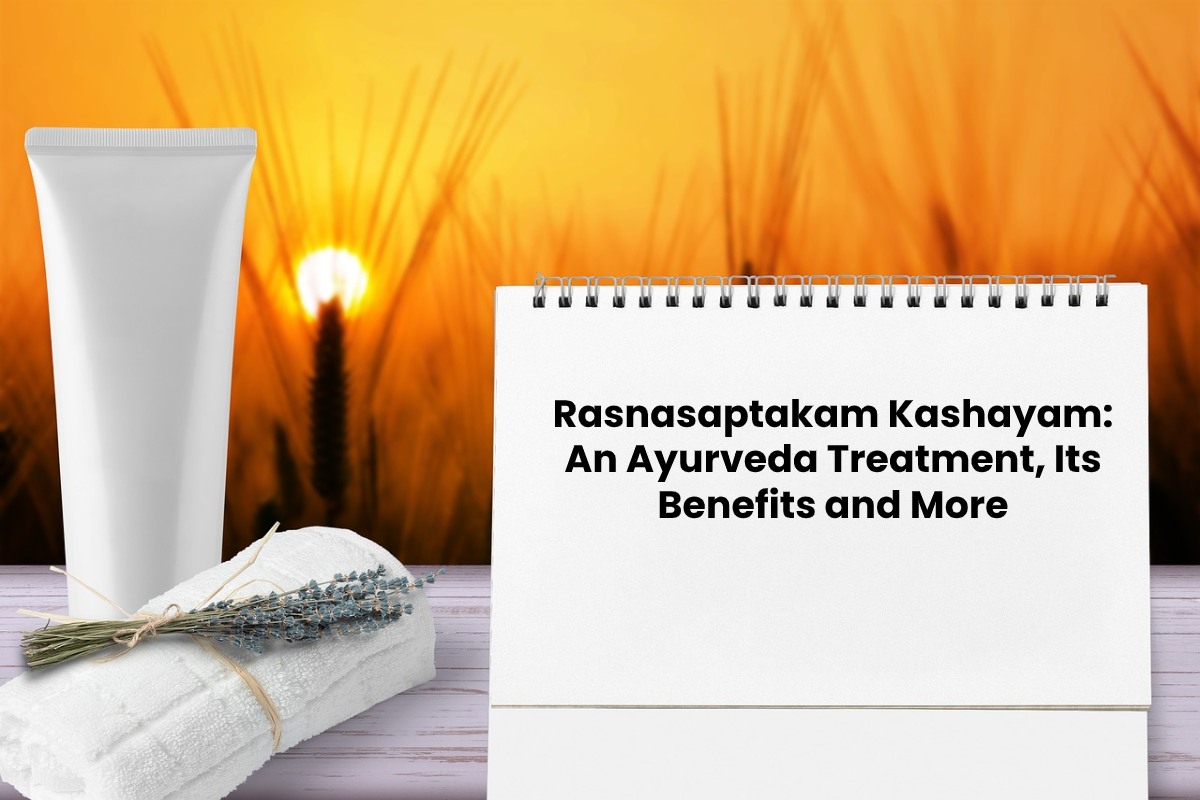 This is one of the most common combinations used by Ayurveda physicians. The name “RASNASAPTHAKAM” is made up of two words – Rasna and Sapthakam. Rasna denotes the most important ingredient of the formulation. Sapthakam literally means seven and indicates the number of ingredients in the formulation. This widely used combination of seven drugs is listed in the text named Sahasrayogam. The literal meaning of this word is the compilation of a thousand combinations.

Rasna (Alpinia galangal): the useful part of this plant is the rhizome. It is said to be the drug of choice for alleviating the vitiated VataDosha(one among the Tridoshas or tripods which maintain the equilibrium of health, the other two being Pitta and Kapha). It reduces joint pains. Carminative in nature, the rhizome is also a very effective stomachic.

Guloochi (Tinospora cordifolia): it is a highly valued drug used in Ayurveda. Its properties help to balance the Tridoshas- Vata, Pitta, and Kapha. It is found to be very effective in managing Rheumatoid Arthritis, high Uric Acid, Edema, renal, and liver disorders.

Erandam (Ricinus communis): this drug is also a known remedy for vitiated Vata disorders. It also normalizes the flow of Vata, helping it function in a proper way.

Kwatham denotes decoction. It means the preparation is produced by taking all the seven drugs in equal quantity forming 60 gm in total. 16 times water is added to the crushed mix and boiled in mild flame and reduced to one-fourth volume, which forms the dose for one day. Nowadays as this preparation of decoction will be difficult on a daily basis, it is being further processed and concentrated and packed in bottles.

Recommended dosage: 15 ml of decoction mixed with 45 ml boiled and cooled water twice a day before food, preferably before breakfast and dinner.

Rasnasaptakam Kashayam/Kwatham is also available in the tablet form and the dosage is two tablets twice daily before food preferably with hot water.

This wonderful combination of 7 drugs is indicated for pain in the calf region, thigh region, and lower back and in the flanks.RasnasapthakamKwatham helps in balancing both Kapha and Vata Dosha. It has anti-inflammatory and analgesic actions. It is a prime choice in the early stages of inflammatory conditions related to bones and joints or in instances where a joint inflammatory process prevails in the body. A few examples are cited below:

The intake of RasnasapthakamKwathamhelps reduces the inflammatory pathology in the body thus leading to a reduction in pain and other symptoms presented by the patient. Appetite and digestive capacity will be enhanced.

The medicine is to be administered under medical supervision only. It is also to be noted that while taking this formulation, one should avoid excessive use of hot, sour, and salty food. Avoiding fried and spicy food will also add to the results. Heavy food items (which is difficult for digestion or takes a long time to get digested) are also to be ideally avoided.

Overdose may cause gastric irritation.

Dr. Rajesh Nair, graduated in Ayurveda Medicine from the University of Calicut. Having 20 years of experience in blogging and online consultation, now working as the chief consultant of Ayurvedaforall.Com. More than 1000 articles published all over the media and delivering talks through visual media regularly.

Why Is Laparoscopy Performed And What Is The Procedure?

How Does the Plate Model Diet Work?