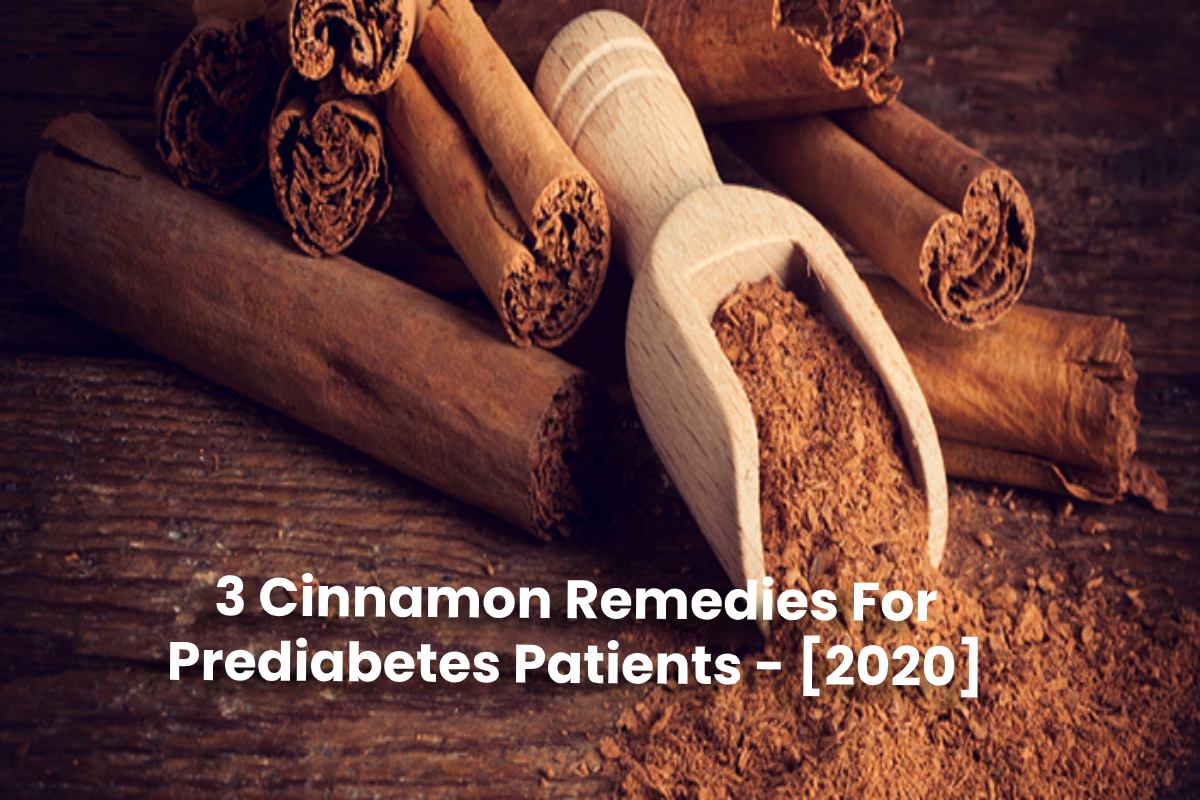 Cinnamon may be an option for those who have been diagnosed with prediabetes. Do you want to know how to introduce this ingredient in your diet?

Cinnamon is a species that we use for different desserts, such as rice pudding. However, its most widespread use is in the form of an infusion. Today we will discover how cinnamon can serve prediabetes patients.

What is prediabetes? When the doctor makes this diagnosis, it indicates that the blood sugar is higher than normal, causing a fairly high risk of type 2 diabetes if it does not resolve.

The way to prevent this diagnosis from evolving in this way is by taking a series of measures to reduce blood sugar. For this, we have three cinnamon remedies for prediabetes patients.

Its consumption through the remedies that we will expose below will allow sugar to return to its normal levels so that the risk of suffering from type 2 diabetes is reduced as much as possible.

Cinnamon as a Substitute For Sugar

As we mentioned previously, cinnamon can be used to accompany milk. Many people add cocoa and, besides, cinnamon. But, if we wish, the result is also delicious if we just add this spice.

Although its flavor at first may not convince us, since it does not provide that sweetness that we are used to due to sugar or sweeteners, it is indeed different and sweet.

We recommend starting to include it in a milk drink with tea or cocoa, and then leave only the cinnamon component. In this way, we will not reject its flavor.

Different studies are still being carried out to provide more information on the benefits of cinnamon for patients with diabetes, such as the Study of the antidiabetic effect of Colombian medicinal plants in an in vitro model.

However, a very simple way to introduce it into our diet is through cinnamon tea. For this, we will only need two cinnamon sticks and a cup of water.

There are certain foods to which we can add cinnamon. For example, for oats, it is one of the best supplements. Also, we cannot forget the rice pudding or if we consume peanut butter.

There are also some recipes, like chicken fesenjan, that can have cinnamon. Without a doubt, there is an infinity of options for this species that we do not know. If we have prediabetes, including it in the diet is an option that can have very positive effects.

Despite all these cinnamon recommendations for prediabetes patients, we are not suggesting at any time that the advice your doctor may give you is ignored. We mean that the recommended medication, as well as its doses, should not be modified in any way.

[Cinnamon] is a healthy supplement that can be an aid. But it is only this, an element that can help. Therefore, never replace the recommendations that a doctor can make to us.

All this will give you security, in addition to helping you improve your diet, something essential for sugar levels to reach the levels they should.

Also Read: 6 Habits That Help Protect Your Skin From Cancer

Improve Your Sleep with Memory Foam Mattress – Loom and Leaf

Importance of Oral Health and Problems When We Neglect It