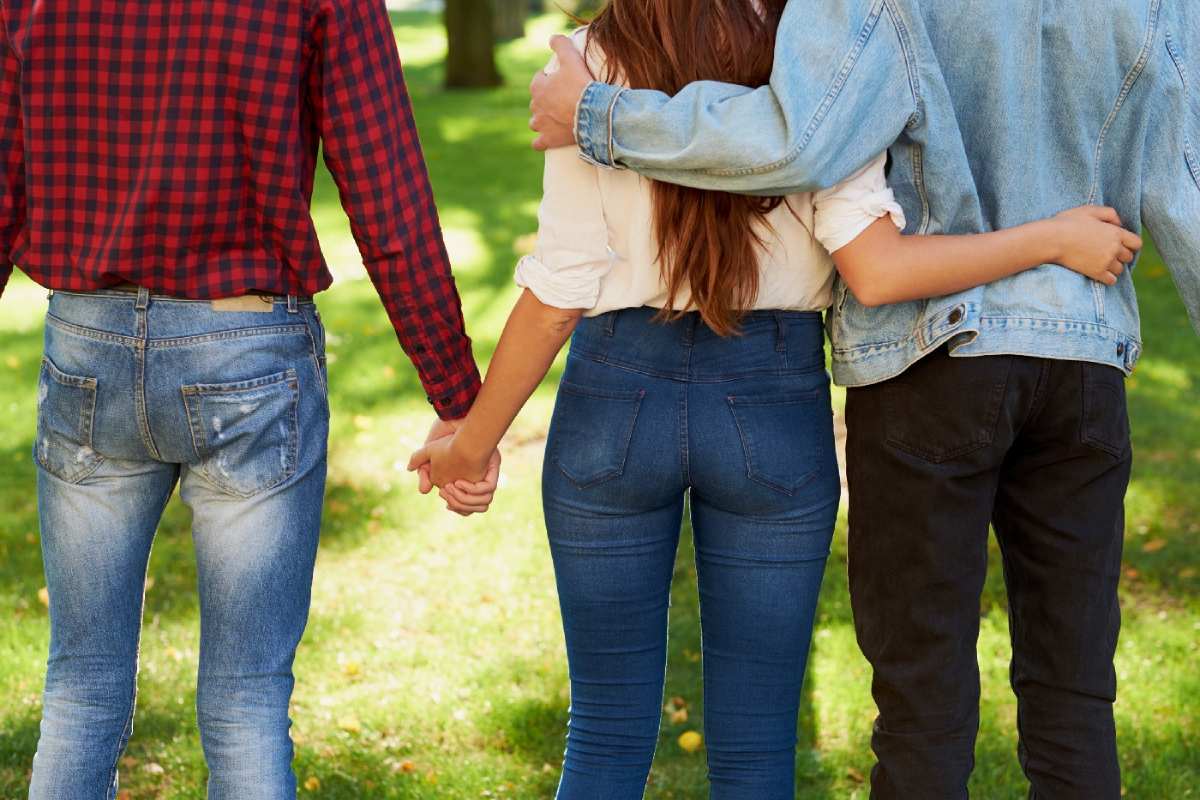 Most people believe that monogamy – i.e., having only one partner at a time – is “natural” or the only “right” way of being in a relationship. But technically, monogamy is extremely rare in the animal kingdom.

Research shows that less than 5% of mammals are monogamous, and even among seemingly monogamous animals, many still engage in ‘extra-pair copulation,’ which is when an animal mates with another one that’s not their regular sexual partner. Scholars think this behavior may be a way for females to gain extra protection, food, or nesting materials, since it’s very common among birds.

It is also believed that until the Paleolithic period, when humans were still nomads, the idea of the monogamous couple didn’t exist. In fact, studies suggest that early humans started shifting towards monogamy about 3.5 million years ago, although scientists still don’t know for sure why this happened.

Nowadays, only 17% of human cultures are strictly monogamous. And many societies embrace a mix of marriage and pairing types – although most couples define themselves as monogamous.

Within this context, many people believe that monogamy may not be so much a ‘natural’ human behavior, but a social construct that we are taught from very early in our lives. Some scholars even go as far as proposing that long-lasting monogamy is unrealistic and could be one of the contributing factors to the high rates of divorce.

What is ethical non-monogamy?

Ethical non-monogamy is simply an umbrella term used to describe any form of relationship style outside of monogamy that’s consented to and agreed upon by all partners. Basically, people who participate in ethical non-monogamy can have more than one romantic and sexual partner at a time. For a non-monogamous relationship to be ethical, everyone involved must be aware and participate voluntarily in the dynamic, without coercion, guilt-tripping, or pressure.

Isn’t that the same as cheating, though?

The concept of cheating in a relationship involves one person violating the boundaries or standards of the relationship by becoming romantically or sexually involved with someone other than their significant other. But ethical non-monogamy is rooted in consent, meaning that you and your partner have to agree to practice it beforehand, so it is not cheating.

The term ethical non-monogamy encompasses all the different ways a person can explore love and sex with multiple partners in a way that’s ethical, respectful, and consensual for everyone involved. Here are a few types of non-monogamous relationships.

8 Facts About Menopause That Every Woman Should Know

5 Tips On How To Take Care Of Your Gold Jewelry

How to Improve Your Business’s Utilities Supply?

Determining the Best Time to Switch Energy Supplier In Australia