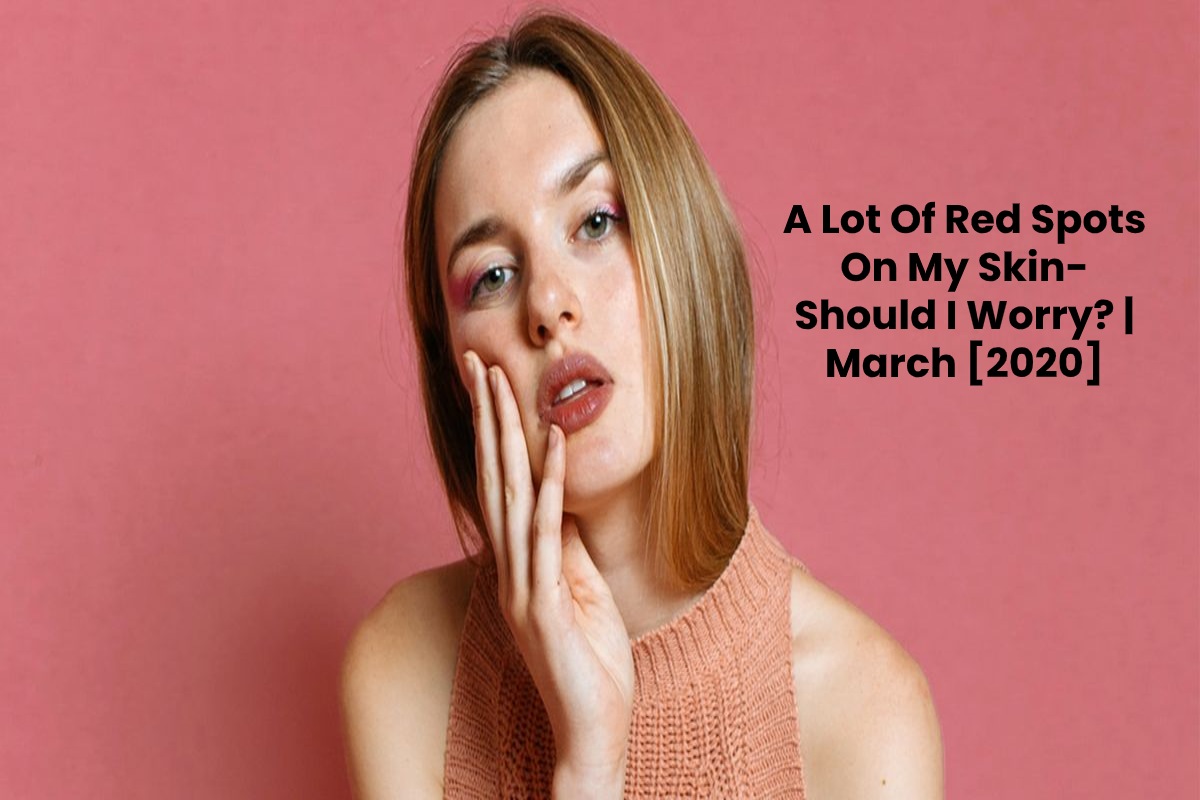 A Lot Of Red Spots On My Skin – Should I Worry?

Red spots on the skin do not have to be a health problem, as long as they do not bother, itch, or bleed. In such a case, we should consult a specialist.

It is likely that, more than once, you have been surprised to notice some red spots on the skin. They are often called “ruby dots,” they appear suddenly and no longer disappear. It is common for us to worry when seeing them and when checking that, from one day to the next, there are some more.

Now, contrary to what many think, these points are not moles. They consist of small capillary dilation called angiomas, which can also be distinguished by other names such as Morgan’s Campbell’s spots or cherry angiomas.

According to a study published in American Family Physician, it is a problem that affects up to 50% of adults. Besides, they tend to occur on the trunk and extremities, up to several millimeters in diameter. They do not usually have clinical consequences, but their review recommended.

What else should you know about it? To understand it more easily, below, we share the most critical data about its development. If you are suffering from them, this information will be vital to clarify your doubts.

Basic Facts About Red Spots On The Skin

Coinciding with information published in “General and Family Medicine,” red dots on the skin are the most frequent form of angioma. They are benign skin lesions that can appear at any time of life, although more frequently after the age of 30.

They tend to attract a lot of attention to their tonality. So, that many consider them unsightly and prefer to resort to professional interventions to eliminate those they have inherited from their parents. Let’s get to know some relevant data.

What Exactly Are Red Dots On The Skin?

Red spots on the skin are small capillary dilation due to alterations in the vascular system. They usually appear in the area of the arms and chest.

Its most characteristic form of the presentation consists of the appearance of small points with a smooth or slightly raised surface, whose size varies between 1 and 5 mm in diameter. In fact, by its appearance, many come to think that it is a mole.

On the other hand, it is necessary to specify the following: they are benign tumors. These are simple accumulations of melanocytic cells, which, unlike moles, do not usually proceed in a malignant way.

Why Do Red Spots Appear?

To date, the exact cause of the appearance of red spots on the skin is unknown. However, according to data published in the American Osteopathic College of Dermatology, they are associated with aging and tend to increase in quantity as the personages.

However, they are also related to genetic factors, hormonal changes, exposure to chemicals, and weather.

Should I Worry About Red Spots?

We emphasize, once again, that the red spots on the skin are not cancerous and, therefore, should not be a cause for concern. They are benign tumors, but to which, it is necessary to control and attend every day. Therefore, if you have signs of these blemishes, consider the following:

What Can I Do To Eliminate Them?

Although they do not usually have any risk to our health, some people see these small points as something uncomfortable every time they want to wear cleavage or tank tops.

Cutting Through the Nonsense: The 3 Pillars of Looking After Your Skin

How to get rid of pimples?