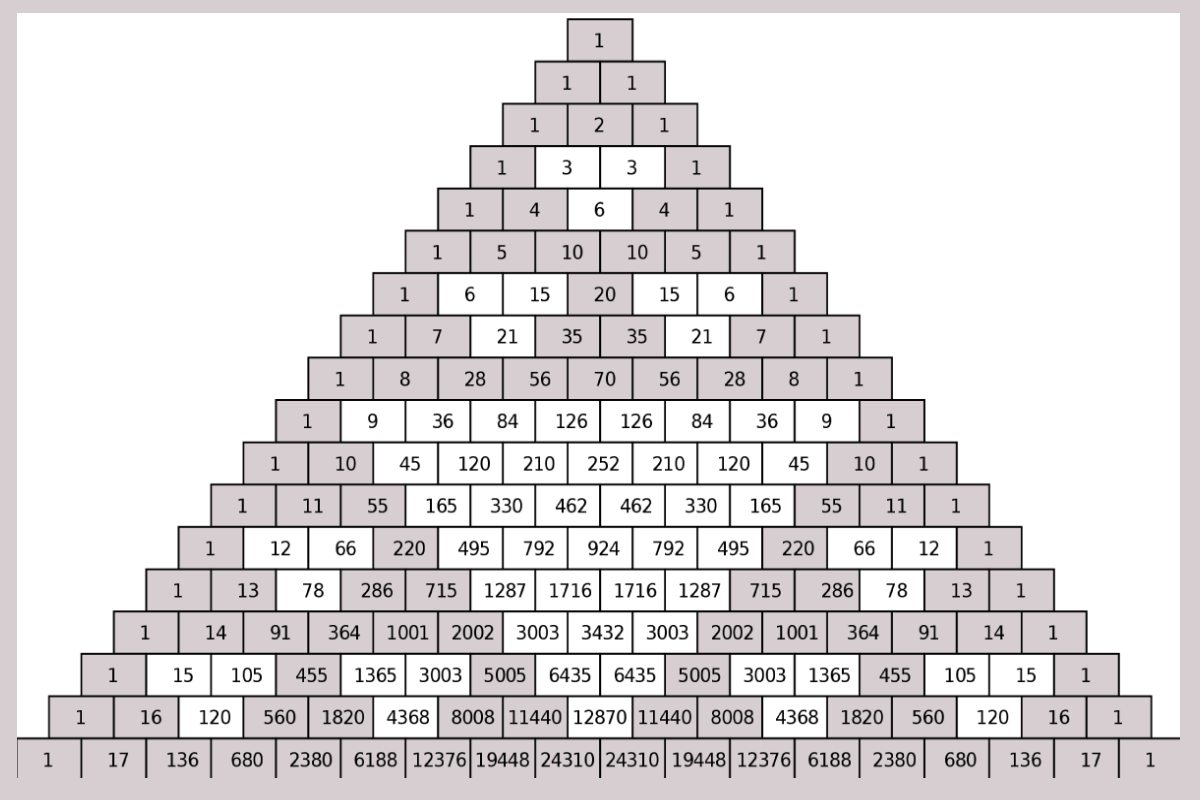 What is the Pascal Triangle?

You might have played with the number blocks in your childhood. We used to arrange the numbers of the block in order. Similarly, pascals triangle is also an arrangement of binomial coefficients in a triangular form. The pascal triangle is named after the French mathematician  Blaise Pascal thought it was studied by other mathematicians from India, Persia, China, etc long before him. Generally, we use Pascal’s triangle to find the coefficients of binomial expansion, probability of heads and tails in a toss, etc.

How to Construct the Pascal Triangle?

From the above pascal’s triangle, it is clear that It starts from 1, and the middle elements like 2 is obtained by adding 1 and 1 which are on top of 2. On top of 1, we have only 1 so it continues like that along the sides of the triangle.

Formula to Find the Elements of Pascal’s Triangle:

Example: Find the 4th-row 4th element of the pascal’s triangle.

Solution: We have to find

It means we have to add the 3rd-row 3rd element with the 3rd row 4th element.

Remember the first number 1 is written in the 0th row and 0th column of the triangle.

Pascal’s triangle shows the coefficients of the binomial expressions.

When you observe the pascal triangle carefully, you can find the following patterns.

15 Things to Do the Week of Your Wedding

5 Things Guys Should Wear At The Beach This Summer

5 Things Guys Should Wear At The Beach This Summer