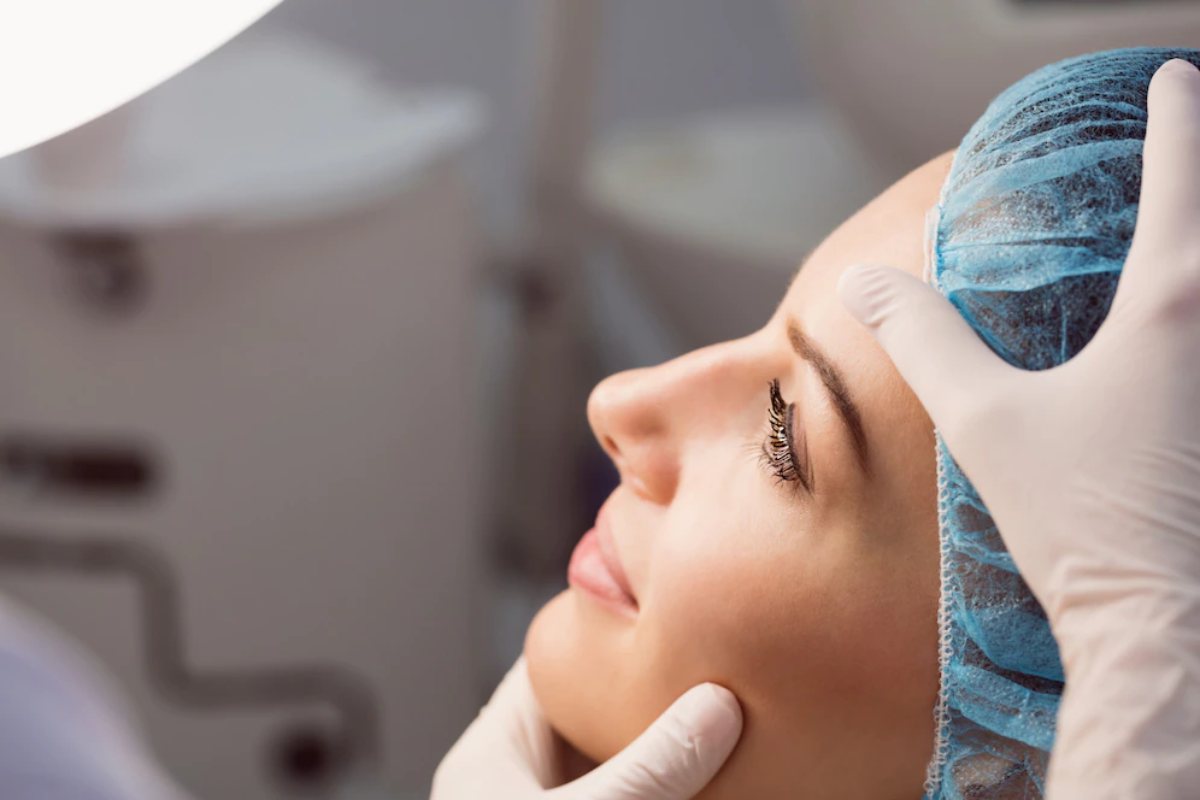 Also referred to as a “nose job,” rhinoplasty is a surgical procedure performed to alter the shape of the nose. The position of the nose has a significant impact on the entire look of the face and the overall appearance.

This procedure is among the most sought-after cosmetic treatments for enhancing appearances. A balanced and more proportional nose will not only improve your facial appearance but also your daily morale and esteem too. So, the benefits of rhinoplasty surgery in Manhattan, NY, can’t be underestimated.

Rhinoplasty surgery can only be done after the surgeon has examined the candidate to evaluate several variables. These factors influence surgical results and give direction during the surgical procedure.

The recommended rhinoplasty age for girls is usually above 15 or 16 years, and a year older for boys.

Surgery performed sooner than this may affect the eventual growth of your nose; although, some younger individuals with significant nasal blockage may benefit from surgery.

Rhinoplasty alters the underlying anatomy of the nose, and these alterations are visible through the skin that covers the nose, resulting in the overall nasal form.

The nasal structure can differ tremendously between sexes and ethnicities. There is no “one size fits all” method for rhinoplasty. You need to negotiate a customized approach to rhinoplasty appropriate for your ethnicity and gender identity.

Earlier rhinoplasty or misaligned septum surgery might influence the strategy adopted for revision surgery. It is critical to inform your surgeon of any past nose surgery.

No particular set of methods is applied when performing rhinoplasty. A competent surgeon may use a variety of surgical interventions to attain the desired result, and each technique is tailored to address each patient’s expectations and needs while still being mindful of their distinctive nose structure.

Here Are the 2 Major Surgical Methods for Rhinoplasty

Here, all incisions are done inside the nose, which is carefully concealed and leaves no visible scars.

With this method, a tiny incision is made across the columella — the skin and tissue at the bottom of the nose between the nostrils. The skin covering the nasal bones and cartilage is subsequently lifted, allowing the surgeon access to the nose’s interior components.

Following the surgery, the skin is repositioned, and the wound is sewn up. The small incision usually heals nicely with a minimal scar.

After the surgery, you will probably have your surgery site packed or splinted on the inside, and the noses will be wrapped in bandages on the outside to preserve and maintain their new nose shape. This dressing is normally left in place for one week before your surgeon removes the dressing.

The most noticeable pain and swelling will be in the first week after surgery, and you will most likely have some bruising and discomfort on the cheeks and around the eyes for a week or two, but this will usually heal.

Will I have to be admitted after the procedure?

Almost everyone who undergoes rhinoplasty is allowed to leave the hospital safely on the same day. In very few situations, one may need to be admitted to the hospital to be monitored. Often this happens when one is experiencing nausea or has additional health issues.

How long will it take to recover?

Initial recovery takes a week or two. One may start feeling better after the first week. People generally feel like themselves again one week following surgery.

There will be some edema after surgery. Although most individuals cease experiencing the swelling after a few months, it might take up to a year to completely disappear. People are typically able to resume most activities within a week and all activities within two to four weeks.

Are there any dangers after the procedure?

Every surgery carries a certain degree of risk. Fortunately, the risks of rhinoplasty are low, and complications are uncommon.

What is the cost of rhinoplasty?

The cost of a rhinoplasty is determined by various factors, including the surgery’s intricacy, the surgeon’s training and expertise, and geographic location.

Can I see how my nose will appear after surgery?

Yes. The doctor takes standardized images of several angles of your face before the consultation. These images may be altered to show how one’s nose might appear after surgery.

Is rhinoplasty a painful procedure?

Not for the majority of individuals. Most patients can alleviate their discomfort with prescribed or over-the-counter pain medication.

How to Choose the Best Just CBD Gummies strength for you?

Everything You Need to Know About Facial Plastic Surgery

5 Reasons Why You Should Hire a Medical Billing Company

How Much Do Laser Treatments Cost?