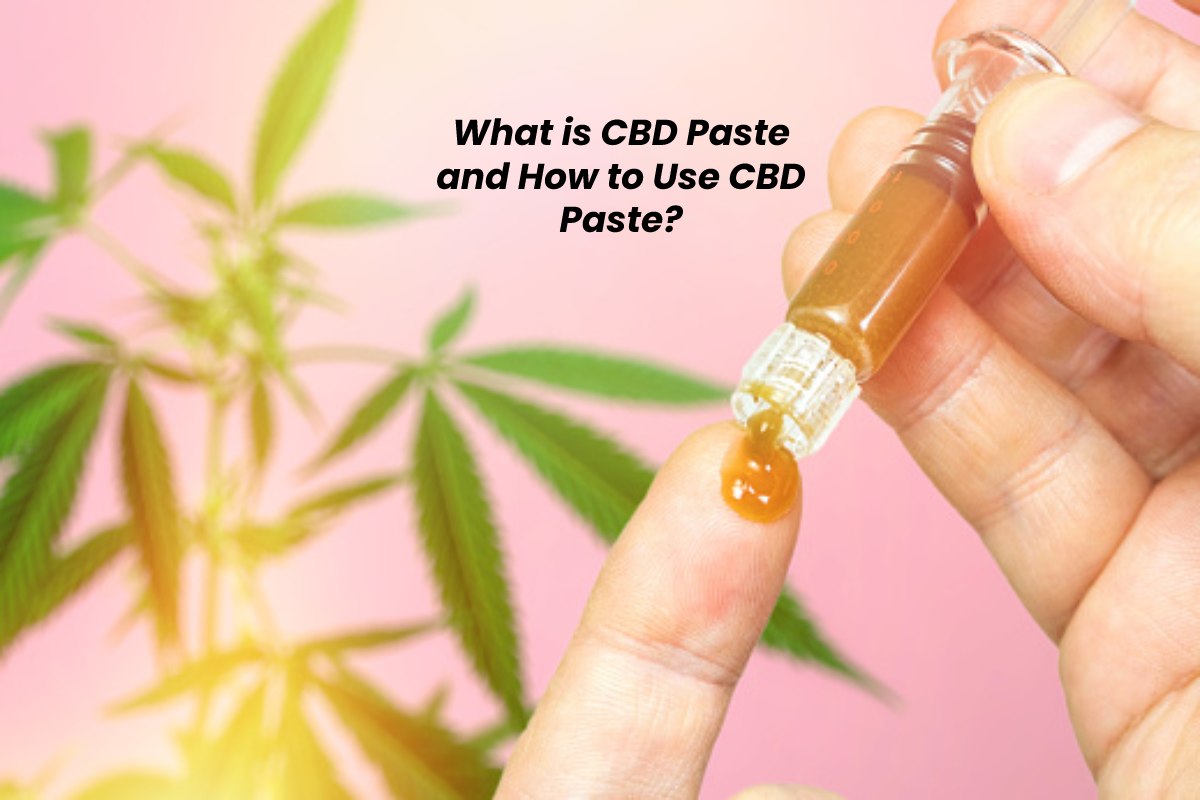 What is CBD Paste and How to Use CBD Paste?

What is CBD Paste?

CBD Paste: The discovery of the first individual cannabinoid was made by the British chemist, Robert S. Cahn. Since then the popularity of these chemical compounds has gained traction, as more and more people find use for their multiple therapeutic benefits.

Cannabidiol is one of 113 known cannabinoids which can be extracted from the cannabis plant. It can be taken in many different ways, a relatively recent formulation being CBD paste. An advantage of cannabidiol lies in fact that it does have any psychoactive properties, unlike its cousin compound of the cannabis plant, THC.

Pure CBD paste is one of the more versatile formulations of cannabidiol products. It is a viscous liquid, which has a thicker consistency than cannabidiol oil and is often made by combining pure cannabidiol extract with oils, butter or waxes. The viscosity of this product does not allow it to be packaged in a bottle equipped with a dropper, like cannabidiol oils. Rather, it is dispensed in a syringe, which might make it a little more difficult to determine the right dosage.

The ‘paste’ formulation of this therapeutic typically has a higher concentration of cannabidiol, giving these products greater potency. It should therefore be used conservatively, in the amount needed and increased if required and based on response.

The therapeutic uses of cannabidiol are vast. It can be used for pain, anxiety and a whole host of other conditions such as:

How to Use CBD Paste?

Understanding the proper use of a product is essential to generating safe and effective results. The following are useful usage guidelines:

To administer a dosage of cannabidiol paste, you should:

In general, the efficacy of this paste is not superior to (or just as effective as) other cannabidiol formulations. However, the concentration of the therapeutic in the paste may be higher than in other forms, such as gummies or oils. Furthermore, raw CBD paste may have certain advantages:

Deciding which is better, the paste or the oil, is a personal choice. Whilst some may be geared towards the ease of administration of the paste, the taste may be an acquired one.

If you feel anxious every now and then or suffer from an anxiety disorder with regular symptoms, you are in fact one out of millions of people in the same situation. Anxiety is generally caused by a variety of environmental factors, but researchers suggest that this mental health condition may also be hereditary. This means that it is likely that the disorder may run in the family. Further research is, however, required to fully establish whether anxiety is a learned behaviour or as a result of genes.

CBD paste can effectively relieve symptoms of anxiety, whether the condition is hereditary or caused by stressful circumstances. Cannabidiol can also be helpful for the relief of symptoms related to anxiety, such as insomnia.

A more recent study (2020) evaluated 397 adults, residing in New Zealand, with psychiatric and other conditions. Researchers found that the participants using the therapeutic for anxiety and depression reportedly experienced notable improvements in their symptoms, leading to enhanced performance of daily functions. Moreover, of the entire study population, only 9.9% reported experiencing adverse effects, such as sedation – and those were mild in nature.

Using cannabidiol for anxiety is growing in popularity, as more patients and doctors are recognising the fast-acting, effective benefits with minimal side effects.

Ten Tips to Help You Win the War Against Hair Loss

7 Things NOT to do Right After a Car Accident

Everything You Must Know About Anabolic Steroids