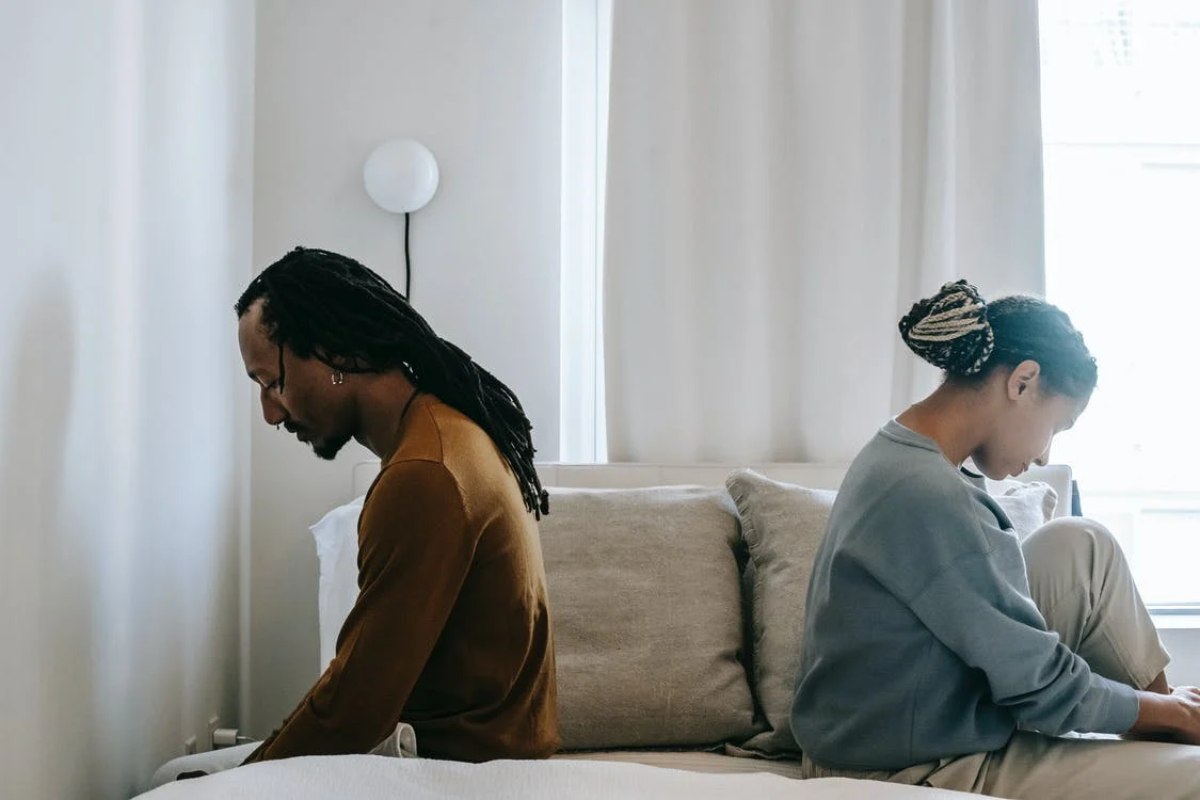 6 Signs Your Partner Is Having a Midlife Crisis

The article is developed in partnership with BetterHelp.

If your husband is suddenly spending a lot more time in the gym, or your wife has started wearing more revealing clothes, there could be a midlife crisis at play. Of course, a midlife crisis is a lot deeper and more complex than the typical stereotypes about the older guy acting like a teenager or the woman that’s afraid of getting old.

A midlife crisis can be an emotionally trying time for anyone. But they are actually very common and can affect men and women in their 40s or 50s. It often manifests as a period of self-doubt and confusion, which can lead to erratic behavior and unexpected lifestyle changes.

It’s important to remember that just because someone is having a midlife crisis doesn’t mean they’re planning on leaving the relationship. But if you’re concerned about your spouse’s behavior and overall well-being, that’s something worth exploring.

Here are six signs to watch for if you think that your spouse is going through a midlife crisis:

They’re talking about their career differently

Everyone has moments when they wonder if they made the right choices in life – especially when they’ve been doing the same thing for decades. If those feelings start to take over your spouse’s thoughts, it could mean they’re having a midlife crisis.

It’s one thing if your spouse had expressed dissatisfaction with their job before but never did anything about it. But if they start bringing it up frequently and out of nowhere, it could signal that something else is going on in their head.

And if they start talking about making drastic changes to their career, such as quitting their job or going back to school, that may be an even greater sign of a midlife crisis. However, keep in mind that not all change is bad and that it’s never too late to try out something new. Try to have an honest conversation with your spouse to see if there is anything you can do to support them through these confusing times.

Your spouse has lost interest in things they used to enjoy

During a midlife crisis, your spouse may start developing an interest in different hobbies and activities than what they used to enjoy.

For example, if they used to spend their weekends doing home repairs around the house, but now spend their free time looking for new cars to purchase online or taking motorcycle lessons even though it’s been years since they’ve ridden one, those are big red flags that something is wrong. It could be an indicator of a midlife crisis rather than just a temporary change of interests.

This can cause friction between the two of you if you don’t know what’s going on or don’t approve of it. Again, try to have a sincere conversation to explore what’s going on, especially because sometimes, the symptoms of depression can mimic those of a midlife crisis. Read more about midlife mental health here https://www.betterhelp.com/advice/midlife-crisis/

If your spouse suddenly decides to start working out every day for hours at a time, it could be because he or she is feeling dissatisfied with the way life has turned out.

People start exercising because they want to feel better about themselves. However, if they’re doing it excessively, it is a sign that they may be going through a midlife crisis.

He or she suddenly wants to do things alone

One sign of a midlife crisis is that your spouse wants to spend less time with you. You may find that he or she prefers to go out by themselves and stay away from home more often than usual.

They prefer to be in the company of their friends than with you. If you notice that this happens often, it may be something you should be concerned about.

If your partner has always been easygoing, but now seems irritable and paranoid all the time, this could be another sign of a midlife crisis. Your spouse may begin to blame you for every little thing and accuse you of doing things behind their back when there’s no basis for these accusations. Some couples find that going to marriage counseling helps if one (or both) partners are going through a tough period.

They want to make drastic changes

You’ve been married for 20 years, and they suddenly want to move to another state and change careers? This could be a sign of a midlife crisis. It could also be that they’ve been feeling unfulfilled for some time and are finally taking action. If this is something that you’ve been feeling lately, it’s important to be as honest as possible with your partner. You may even be surprised to learn that they’ve also been craving a change in their routine.

We’ve covered some of the most common signs that your spouse may be going through a midlife crisis. While it is important to recognize the signs, remember that this isn’t always a bad thing. A positive midlife crisis can help make way for a second wind in life and an opportunity to explore new ideas, interests, and goals.

When you begin to notice changes in your spouse’s behavior, try to remain calm and rational about the situation. It will be helpful to approach them with compassion and understanding as they work through their thoughts and feelings. However, if you find yourself getting frustrated or hurt by their actions or decisions, it may be beneficial for both of you to seek professional help, such as couples or individual therapy.

If you believe that your spouse may be going through a midlife crisis, it is important to know that you are not alone in this situation. There are many resources available to help guide you through these difficult times and provide support for both of you as you work towards understanding one another’s point of view during this important transition in life.

How to Use a Professional Waxing Kit for Perfect Eyebrows

Best ways for businesses to Get More Views on Tiktok Videos

How music can improve your overall health?