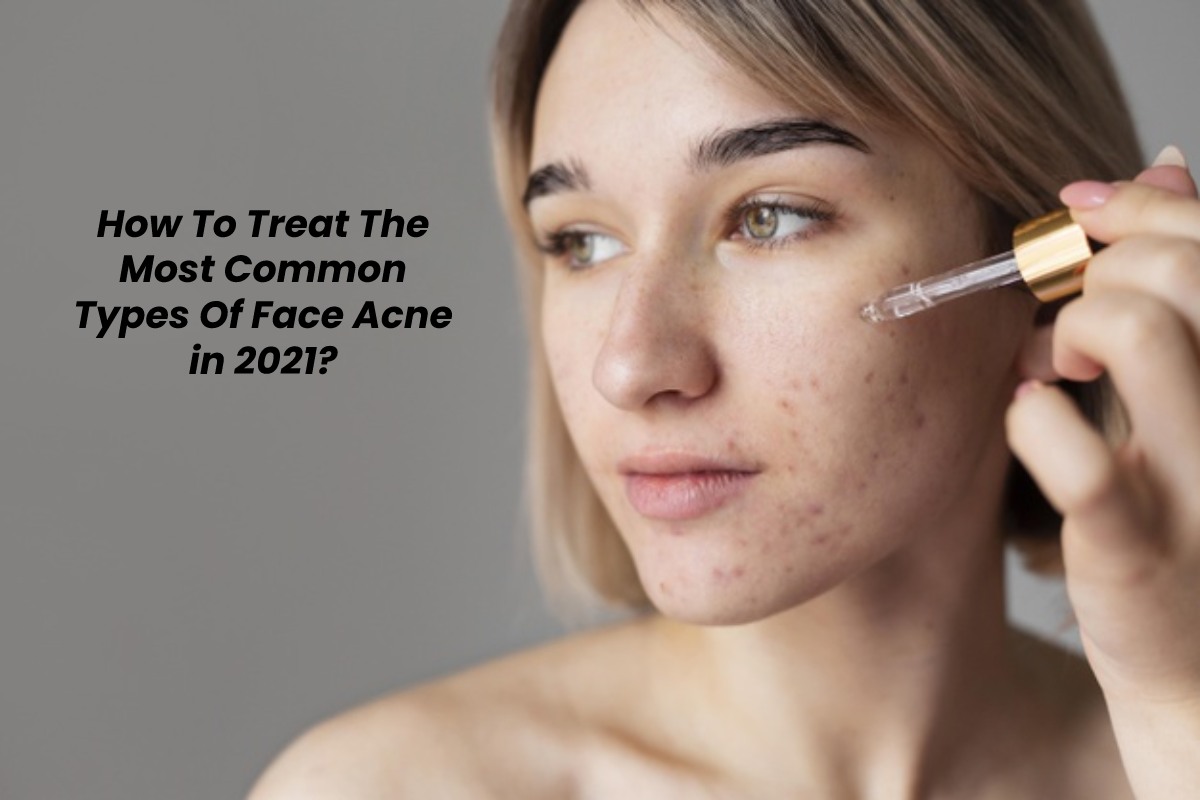 Treat Acne in 2021: Pimples and blackheads all over the face – teenagers, in particular, know the problem. But acne can be treated. In this article, we will explore what causes acne, what types are there, and what therapy options you have. For more in-depth information, we encourage you to get yourself familiar with the latest beauty advice and tutorials.

Acne is one of the most common skin diseases. Around 85 percent of the population has been affected by it. Due to the hormonal changes during puberty, acne mainly occurs in adolescents from the age of nine. Almost every teenager has noticed the characteristic blackheads and pimples on their face. The disease usually subsides by the third decade of life. If acne occurs in adults over 25 years of age, it is called acne tarda or adult acne.

Acne is one of the most common skin diseases. Around 85 percent of the population has already been affected. Due to the hormonal changes during puberty, acne mainly occurs in adolescents from the age of nine. Almost every teenager has noticed the characteristic blackheads and pimples on their face. The disease usually subsides by the third decade of life. If acne occurs in adults over 25 years of age, it is called acne tarda, or adult acne.

About 60 percent of young people suffer from harmless, so-called physiological, or mild acne. You usually only have to struggle with a few blackheads and pimples for a short period of one to two years, which can be controlled with over-the-counter drugs from the pharmacy.

In around 40 percent, however, there is a more pronounced form, the so-called clinical acne. It can last until the end of the second decade or beyond and requires treatment by a dermatologist. If the medication is stopped too early, the patient will relapse and the therapy will start all over again. When acne is largely under control, the doctor will prescribe maintenance therapy. This can take a few years or longer to reach the natural regression phase at the end of the second and the beginning of the third decade of life.

Acne can be a heavy burden not only on the body but also on the soul. This is especially the case with the very severe forms. Papules, pustules, and lumps – especially on the face – can be cosmetically very annoying and reduce personal self-esteem.

Several factors are involved in the development of acne. These are:

Symptoms and forms of acne

Acne mainly develops where there are many sebum glands:

However, acne can also occur under the armpits as well as in the genital, buttock, and groin regions. However, this is not a disease of the sebum glands but one of the hair follicle follicles (terminal hair follicles), i.e. a completely different disease (acne inversa or hidradenitis suppurativa). This has a different treatment concept and those affected should be cared for by specialized skin centers.

A distinction is made between several forms of the actual acne disease (acne vulgaris), which are characterized by different skin changes, but there are always flowing transitions:

Acne papulo-pustulosa: In this form of acne there are blackheads, inflammatory pustules (pus-filled protuberances in the duct), and papules (up to five millimeters in size) that are painful when touched, as well as small nodules (five to ten millimeters in size). In addition to the face, the chest, back, and upper arms can also be affected. The inflammation can result in different types of scars quickly or later.

Acne conglobata or cystic acne: This severe form of acne mainly affects men. Extremely inflamed and painful lumps, one to two centimeters in size, merge with one another to form ducts or are encapsulated as deep abscesses. After the inflammation has healed, characteristic acne scars remain.

There are also various other forms of acne, a few examples of which are given here:

Acne neonatorum occurs in newborns but heals quickly after delivery. Male sex hormones that are transferred from the mother to the embryo are considered to be the cause.

Acne venenata (occupational or acne) affects people who work, for example, with oils or tar, work in a hot and humid environment (melting furnace, lack of hot water). This type of acne can also be caused by ingredients in cosmetics that cause blackheads.

While in the case of very mild physiological acne it may be sufficient to counter pimples with appropriate blackheads preventive skincare, in more pronounced forms it is necessary to consult a dermatologist and work out a treatment plan with them.

When treating special forms of acne, such as acne venenata and acne medicamentosa, the focus is on avoiding the causes.

Caution: You should never squeeze pimples in the face area above the upper lip and on the side of the nose and towards the corner of the eye! Due to the vascular and, above all, lymphatic connections in the brain area, there is a risk of spreading germs and occluding certain vessels, causing sinus vein thrombosis. To safely remove blackheads, use a dermatologist-designed pore vacuum device that safely extracts debris and sebum.

There’s a myth that sun exposure has a healing effect on acne. However, this is based on the fact that acne is less noticeable on tanned skin. UVA radiation in solariums, in particular, can promote blackheads in particular.

UV radiation is not a treatment option for acne. Some of the active ingredients used against acne even make the skin more sensitive to UV light, so that consequential damage can occur more quickly. Therefore, acne patients should also not expose themselves to excessive sun.

Externally, acne can be treated with creams, gels, and various solutions. These reduce further inflammation and the spread of acne. Suitable active ingredients are:

Benzoyl peroxide primarily kills bacteria and does not lead to the development of resistance. It doesn’t affect the blackheads.

Antibiotics fight the bacteria that colonize the sebum duct and have an anti-inflammatory effect. They must never be used alone or in combination with other preparations for longer than two to three months.

Retinoids (vitamin A acid preparations) can be used very effectively externally in all forms of acne, especially in combination with other methods. According to scientific studies, they work against the excessive keratinization of the sebum ducts and thus reduce the formation of blackheads. They also inhibit inflammation and are often combined with benzoyl peroxide. They are also ideal for maintenance therapy, i.e. to prevent the acne from flaring up again. Retinoids require a prescription and have some side effects that your doctor will educate you about.

Azelaic acid reduces the keratinization of the sebum glands, is anti-inflammatory, and has an antibacterial effect. It is also suitable for maintenance therapy.

Alpha-hydroxy acids belong to the natural fruit acids. They open the pores of the ducts.

In the case of more severe forms of acne, it may be necessary to administer medication internally (systemically), i.e. in the form of tablets. The following groups of active substances come into question:

Hormone preparations: In some women, acne improves when taking birth control pills (get more detailed info on when to start birth control pills), but these should contain an anti-male hormone component. However, it takes at least six months for the effects on sebum production to noticeably set in. They always have to be combined with local remedies such as retinoids or azelaic acid.

Antibiotics primarily fight inflammation from the inside and also have an antibacterial effect. They are always combined with external treatment methods.

Retinoids (isotretinoin): This preparation is the most effective remedy for the most severe acne. It has side effects that your doctor will tell you about. Among other things, it can cause damage to the unborn child, which is why pregnancy must be ruled out in women who use retinoids and safe contraception must be guaranteed for at least three months after the drug is stopped.

This article contains general information only and should not be used for self-diagnosis or self-treatment. It can not substitute advice from a medical practitioner.

Check out: Green Tea Write For Us

CBD Oil and Hemp Oil – Same or Not