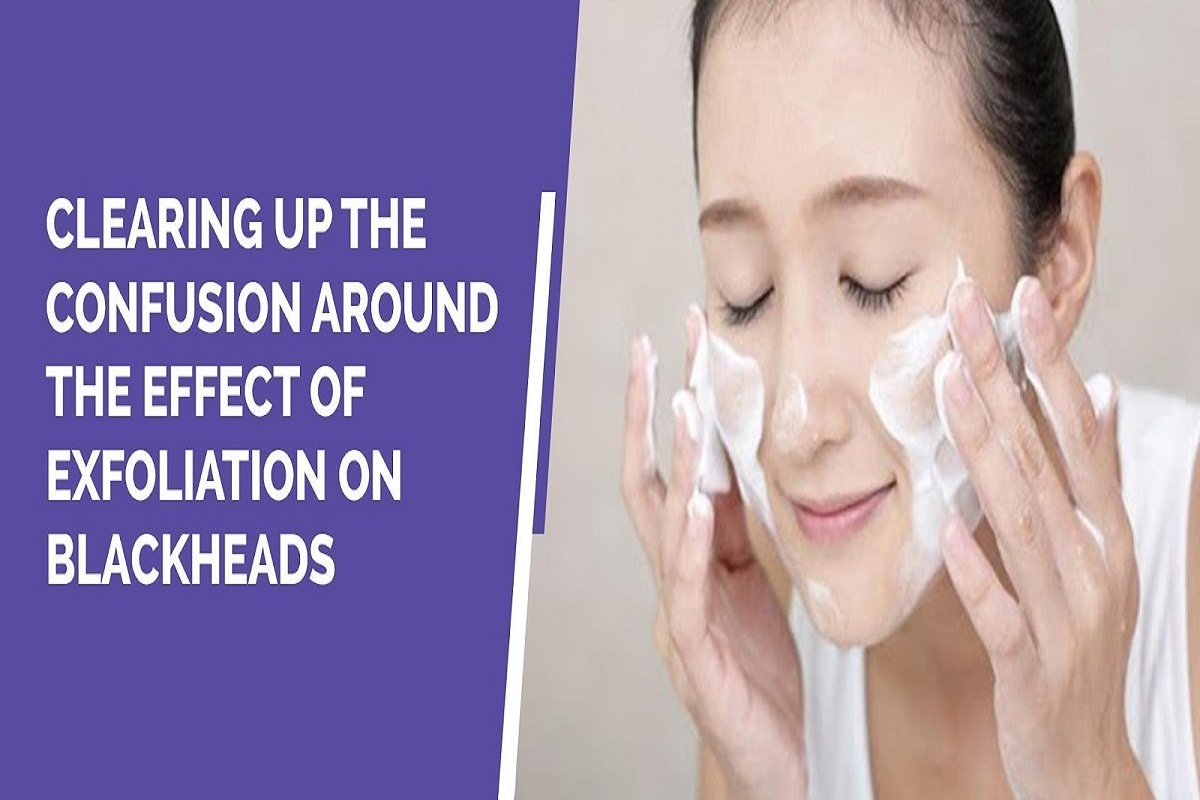 Clearing Up The Confusion Around The Effect Of Exfoliation On Blackheads

Is there anything as annoying as blackheads? The small, black spots have the ability to surface on any type of skin and at the most inopportune of times and just when you think you’ve finally got rid of one, another one appears. While blackheads are painless, the assortment of shapes and sizes they can take makes them a formidable and indeed irritating skin phenomenon to fight against.

One of the golden rules of skincare has always been ‘exfoliation doesn’t work against acne, boils, pimples, blackheads and whiteheads. Constantly touching, squeezing, pinching and pricking at these temporary ‘blemishes’ has the potential to give them a more permanent property, in the form of scars and marks. However, as is often the case with skincare, trying something for yourself is the smarter thing to do rather than following the advice of a person who’s skin, skincare routine and daily lifestyle is absolutely nothing like yours.

Before we dive into the best way to tackle them, let’s take a closer look at what blackheads are and what gives them their persistent quality.

They are a mild variety of acne that are black in color and have the potential to grow larger and harder over time.They most commonly occur on the face but can also appear on the chest, shoulder and back. While it is difficult to put an exact number on it, blackheads are believed to be the most common form of acne and unlike your typical acne, can regularly affect all age groups, not just teenagers and youth.

Why Do I Have Blackheads?

Like other forms of acne, blackheads are the result of clogged hair follicles that have been blocked by a buildup of natural oils and dead skin. Blackheads can appear on any type of skin type but are more frequent in people who have oily skin. While blackheads have a certain randomness to them, certain factors can result in blackheads occurring more frequently and in larger numbers.

How Do I Get Rid Of Blackheads?

Due to the lack of inflammation and the presence of dead skin, regular exfoliation is a viable and effective method for reducing the frequency and prevalence of blackheads without the risk of scarring and damage to skin. However, in the case of blackheads, exfoliation is more of a preventive measure than a cure. Fortunately, there are other effective and gentle treatment methods that you can use to get rid of existing blackheads and prevent them from returning quickly.

Prevention is better than cure, goes a popular saying and you can prevent blackheads by practicing some simple habits at home, such as regular exfoliation of skin, washing your face often and using oil-free skin care products if you have oily skin!

How Does Boutique Clothing Builds Confidence

How to Start and Grow Your Fitness Email List?

How to ease the form of dark spots?